Message of the Spider

A Gift of Webs & Divine Wisdom

“Time to get Productive”

I had a spider in my ear.

-And I didn’t even know it.

I had realized, however, that it was time to get moving; literally.

Entering the attached garage, I switched the last of the interior lights off on my 5000’ stucco rambler. After 21 years, the distinctive teal-shuttered house now stood dark and empty, matching the four-in-the-morning sky. The exterior architectural lighting accentuated the façade of a now-vacated vessel.

With a load-out reminiscent of my first collegiate journey to Mankato State some 40 years prior, the CTS sedan was dutifully packed and stacked. I’d carved out a small space in the back for Keeli; my Aussie Dingo. I was not traveling alone. A picture of Jesus and my Talking ELMO sat atop duffle bags on the front seat. We were embarking on this southern trek to North Carolina as a team.

Leaving behind a rented 10 x 10 storage space with the majority of my library, clothes and collectibles, I shipped four boxes via UPS to my 1000' rented townhome. I was starting life again at a refreshingly simplified level. My personal property and belongings had been gifted to family, sold-off, Goodwilled, garage-saled, e-Bayed, Craigs-listed, or taken to the dump. For over a year, I had been executing what I referred to as ‘Strategic De-construction’; physically, psychologically and spiritually.

Backing out of the garage, I hit the homelink button and guided the CTS with my supporting trinity down the long concrete drive. Onto Burnsville Parkway one final time, with no contentious traffic, I verbally spoke the words "Door is down" as a part of my standard departing checklist, referring to the visual confirmation of the closed garage door . A carry-over pilot thing, for sure. I had prepared myself for that moment knowing it would be hard.

Numerous late-night sessions with the backyard fire pit proved to be therapeutic. Ceremoniously transforming meaningful letters, photographs and old mementos into heat, flame, light and ashes were an effective emotional release. I re-discovered what I needed most in my heart.

My home was coming with me. My True Home...

I had accepted a promising-albeit-risky position with a start-up bio-tech in Charlotte. I would be directing the commercialization of biomimetic spider silk; the Holy Grail of innovative fiber technology and an undeniable game-changer. 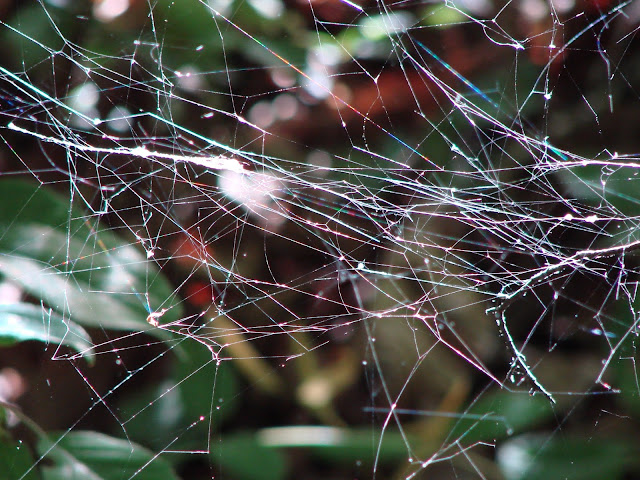 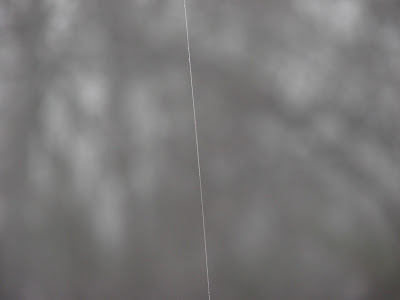 With it, I would lead the mission to make the world a better place. I had felt the proverbial wisp of a gossamer thread across my face. I had to see just where it would lead me.

Among the small number of books and notepads I was bringing, the collection of my musings entitled "Gossamer Trails" was to prove prophetic. I had envisioned a place that was more metaphor than reality; framed in physical attributes and filled with spiritual components. A path of sorts I felt myself trekking along. A place made less of personality and more of spirit. More inside than out.

Miraculously, my ‘Walden Pond’ was to be discovered 100 yards directly behind my townhome; only a tree line and barely discernable footpath away. There; down along the geologically ancient Catawba Creek, I came across my Gossamer Trail…I discovered a portal to the inner world that had awaited my new homecoming. 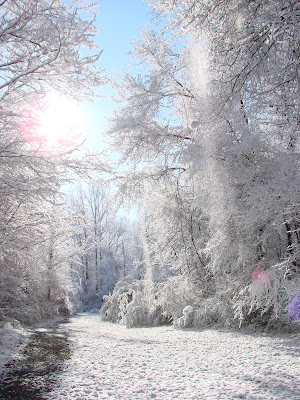 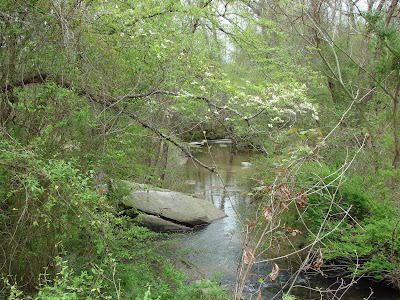 With a greater awareness when I ran or walked those woods, I acclimated to copperheads, hellacious fire-ants and black widows. In fact, I captured a beauty of a Latrodectus Mactans that we put to work in the duty of serving our own military and the program to develop improved protective fabrics. She was respectfully enlisted to provide  DNA for transgenic spider silk production.


The stint with the start-up endured for about a year. The science, biology and physics of spider silk coupled with the inspiring traits of this class of animal (Arachnids) that produce it strongly resonated within my own DNA.

I helped secure a government contract with the Army for the R&D of spider silk and enhanced ballistic-protective fabrics before parting company. After a year and a half of some security consulting work, I found myself upon the Gossamer Trail with a broadened outlook; drawn to the intrinsic connectivity of people, nature and spirituality.

Three years and a week; from the long, dark driveway in Burnsville…


Sitting behind the wheel of the 16’ Budget rental truck, the side-view mirror confirmed the CTS, secured on its trailer rig; hitched up and ready for the free ride back. Displaying the same MY SONG Minnesota license plates I had traveled down with, I felt more like a witness to the journey; anxious to once more, be in-state. It was time to return north; to the ‘Land of Sky Blue Waters.’ All’s good, I reminded myself. Again.

I had advanced along the Gossamer Trail. I knew in my heart I had helped guide the future of spider silk onto its own course where it would reduce injuries and save lives. Now, I stood ready for the next challenge the universe had in store for me. A different format and approach had re-energized my desire to pursue a book project; spinning forward and upward - with a message about personal productivity, sustainable prosperity and authentic peace…


A Message of the Spider…


Keeli and I both knew the road-trip drill. She got the front seat with me this time; a promotion well-earned for her patience all the times I dawdled and mused along the trail. “Some Dog” would someday be her web epitaph. Jesus and ELMO got the recliner inside the truck.

And once more, I sensed a small, still voice. Resolute, my hearing was sharper now. My soul was intuitively moving past where my five senses had brought me. I had discovered my ‘eight eyes’. The Portals to Heaven were more apparent. With growing frequency, they appeared everywhere, like personal rainbows or moonbeams.

I was more purposefully becoming 'the sum total of my states of consciousness.’


I had to find my voice… release it and share it. It was the destiny of my choosing.

The spider had dropped from my ear during that last walk along the creek… My inner ear discerned a new and sacred note; ringing with the harmony of my spiritual wind chimes.

Now I could ‘see’ her work among the stars that early morning in Gastonia. Silky threads of gossamer connecting pin-points of light; hushly illuminated by the One who connects all.

The Web of Life had framed a new dawn across the Carolina sky; strung brilliantly by the Divine Wisdom of Nature.

To a new epicenter... We were back.


And I had a book to write.