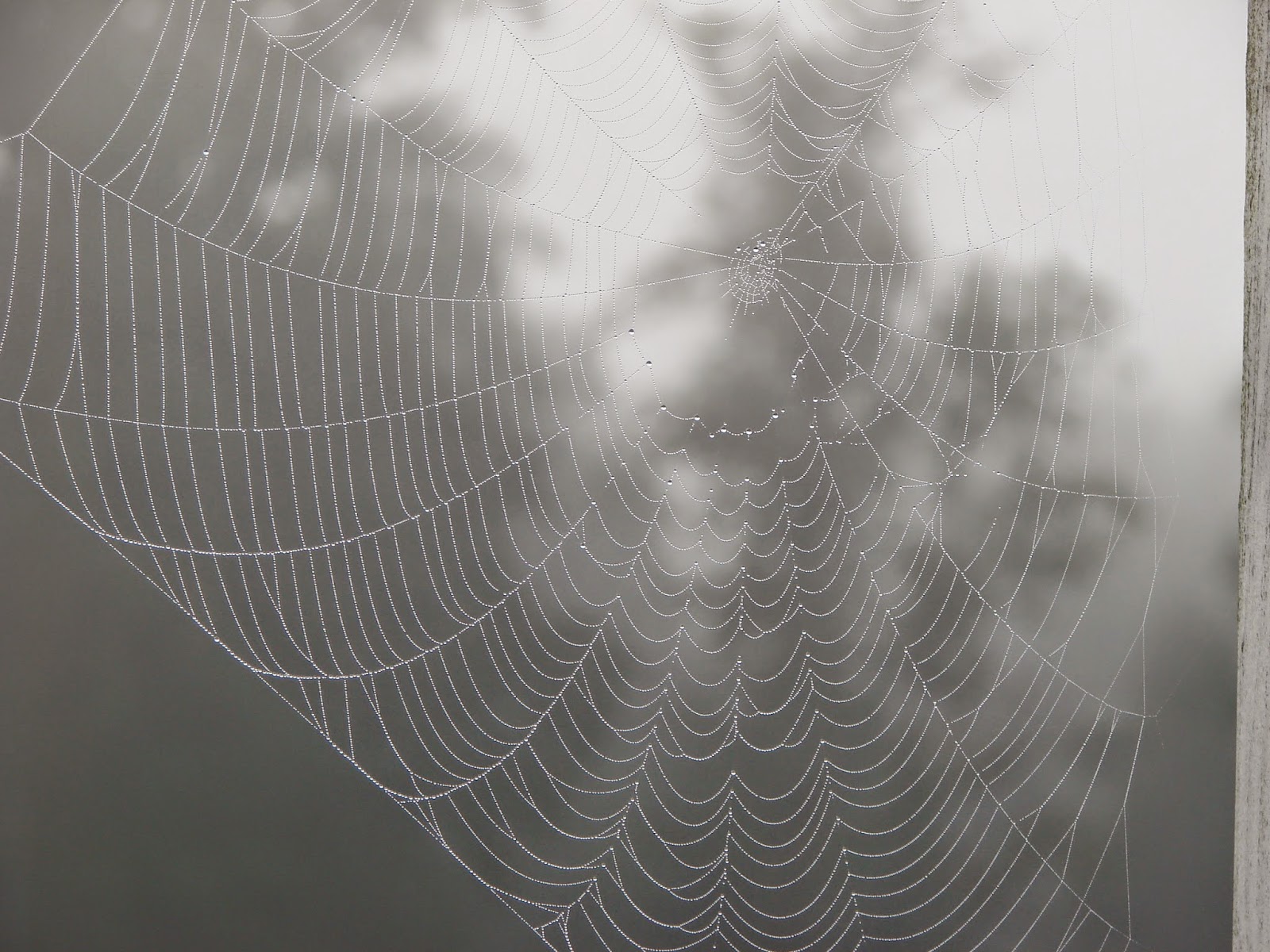 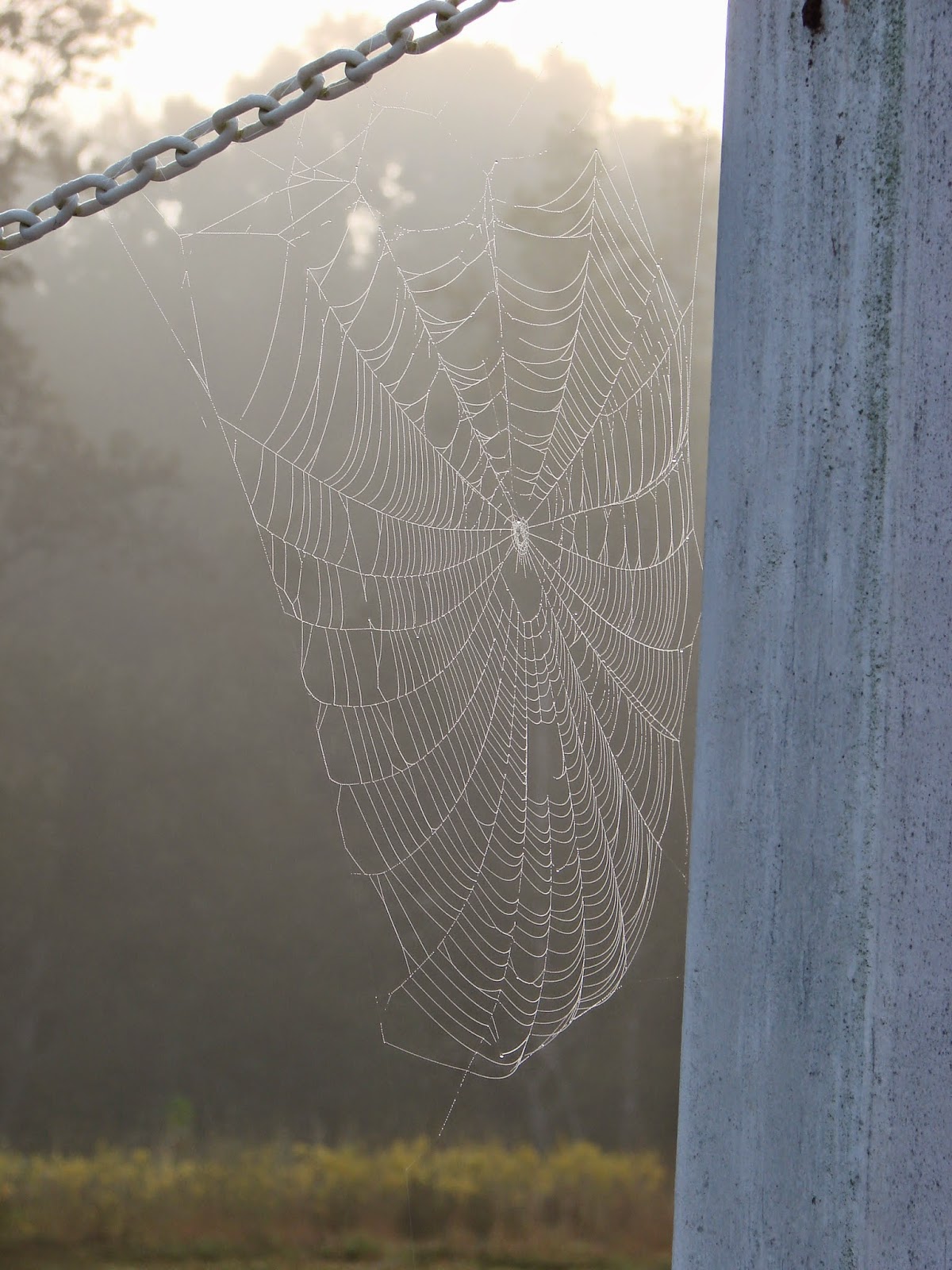 "From the fog that,
your eyes
concealed...
The webs of your life
were
revealed..."
The other morning, the fog rolled in just before sunrise. Made for great web-seeing... for those of us so inclined.
On the way to the office I had to remind myself to focus on the road and not upon all the wondrously constructed and strategically placed webs that appeared to come from 'no-where'. The heavy dew-laden silks made webs clearly visible; on the phone lines, road signs, bushes, trees, fence posts...everywhere. Some hedge-rows looked as if, straight from a Halloween set, hundreds of webs had been spread about.
Everywhere...
And... they were there yesterday.
And they did not dis-appear after the sunlight lapped up the water droplets.
Seemed like it though. 'Looked' like they were gone. And I could 'hear' so many thinking
"Where did all those spiders come from?" and "Where did they all go?"
(Just because you'd like to know: On average, you are never more than 10' away from... an eight-legged marvel!)
Concealed and revealed. A provocative paradox...
Sometimes God gives us aids to 'see' better with. In many forms and fashions. Always a common thread, I think; our eyes need help. Especially in the fog.
Be wise about how much you 'determine' when they are used in isolation. 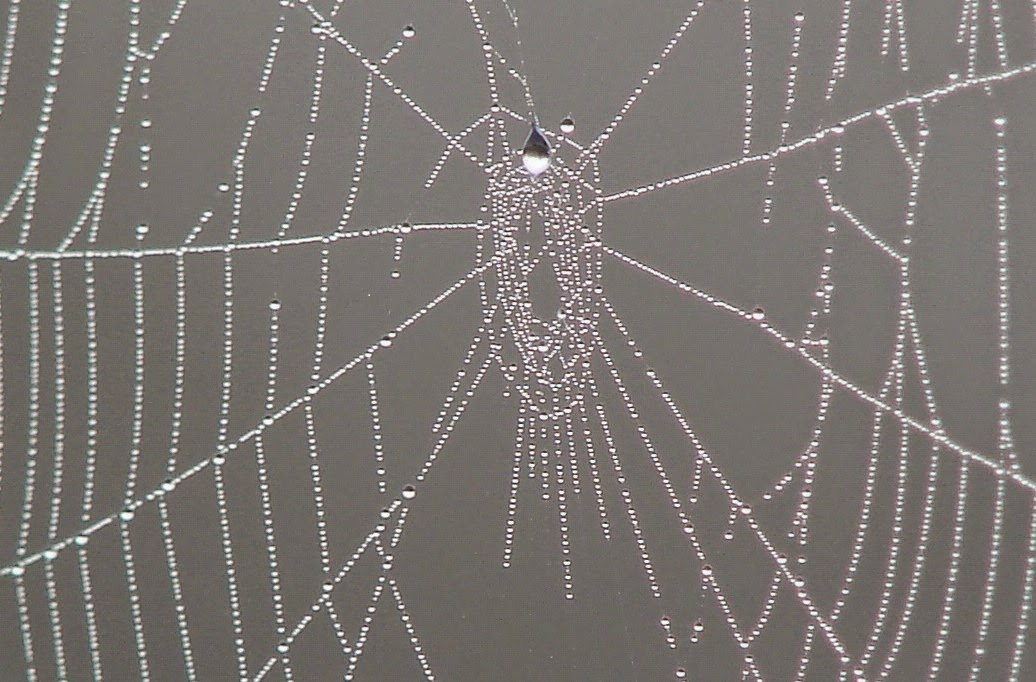